Being scorned by a lowly imperial aristocrat-physical examination / sleep r●●e-
Cecil， an elf prince who lived peacefully in a lush forest， becomes a hostage to the Nguyen Empire alone in order to protect his hometown from the sudden invasion of the Imperial Army.
It was the lowly middle-aged aristocrat Hogel who took care of Cecil. He is given a nasty physical examination in the name of having brought in dangerous goods.
Insomniac Cecil learns that Hogel’s hypnotic magic makes him sleep deeply. However， Hogel teaches Cecil’s ignorant body， who knows nothing， the pleasures of becoming a ’bride’ every night.
At the end of ten days of hypnosis training， Cecil’s virginity is miserably scattered.

Toro Toro love training from the Guard-walking， pacifier， sex education-
Cecil， who was presented with women’s underwear by Greed， a barbaric man in the Special Imperial Guard hired by Hogel， is taken to a forest park at night.
In his immorality and thrill that he may be seen by someone， he feels struck all over.
And Cecil received a nasty lesson of oral service from Greed.

Slavery Declaration in Pure White Bride Costume ～ Shameful Ejaculation Pledge ～
At the wedding venue ’Whitechapel’， the wedding of Hogel and Cecil finally begins.
Dressed in a shameful wedding dress， Cecil walks down Virgin Road and is embraced by Hogel on the altar.
A cock ring is fitted to her penis along with her wedding ring. Eventually， Hogel ordered Cecil to make her nasty oath.

Declaration of enslavement to the elf people-a foolery exposed in front of a beloved family-
With the intense hypnotic magic that she will love him every time she is embraced by Hogel， Cecil spends her days in her mansion as his new wife.
Embraced by her returning Hogel and discovering her joy as a bride， Cecil reveals her embarrassing and embarrassing appearance in her joy and shame， and falls forever …

The original BL novel，completes one episode. 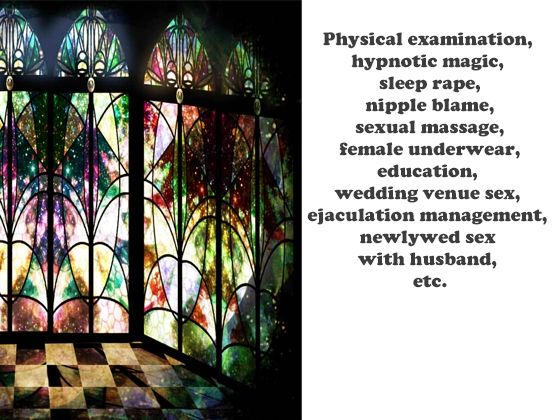